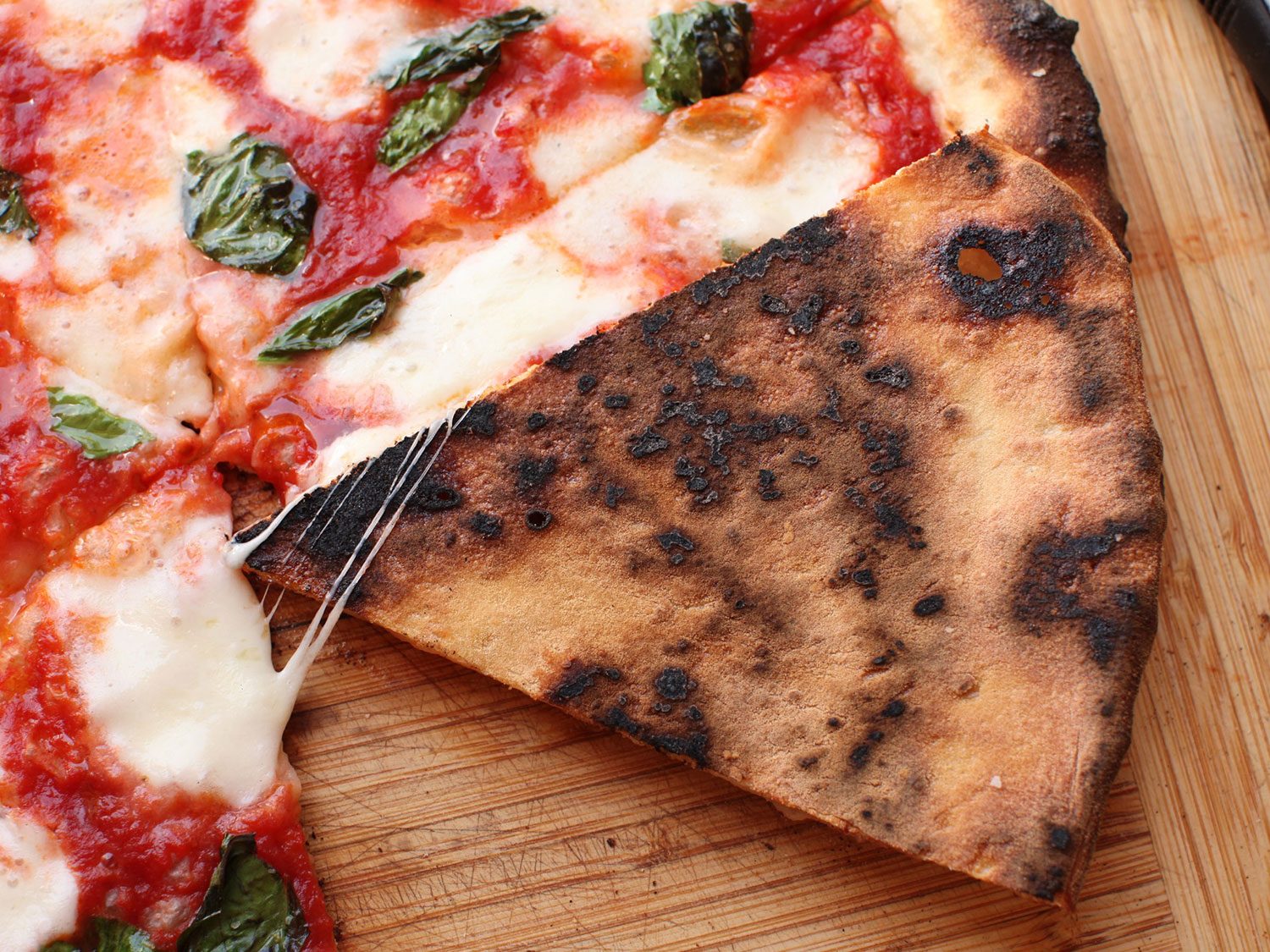 For the next three weeks on Special Sauce I will be geeking out about pizza with Adam Kuban and Scott Wiener, two of the smartest, most passionate, and most knowledgeable pizza nerds on the planet. Adam Kuban is the founding editor of the seminal food blog Slice.com, which Serious Eats acquired right before we launched in December of 2006, and as part of the deal, Adam became our first managing editor. Adam currently runs Margot’s Pizza, a mostly monthly pizza popup in Brooklyn.

Scott Wiener is the founder of Scott’s Pizza Tours, the author of Viva la Pizza!: The Art of the Pizza Box, and is in the Guinness Book of World Records for having the largest collection of pizza boxes on the planet.

Of course, I asked the two about their love for pizza. Scott said part of its appeal is that it has a wide reach. “It’s the food eaten everywhere, and everybody understands it, and it’s just sort of an open invitation for conversation…When somebody says, ‘Oh, such and such place is hands down the best ever,’ nobody ever says, ‘Oh. Okay, cool. Thanks. You want to go play some hockey?’ No, it’s never like that. It’s always a conversation, and nobody’s ever right, and nobody’s ever wrong. It’s like this friendly thing you can talk about.”

Scott’s love of pizza led to him creating Scott’s Pizza Tours, which in turn set him on the path to collecting pizza boxes, and he now has 1,400 and counting. “I just figured, I have to understand every aspect of [pizza],” Scott said. “I was driving out to Long Island to see pizza oven factories, and tomato farms. I needed to know as much as could about everything. When I started noticing beautiful-looking pizza boxes, I had all these questions…Why go through all the trouble of putting this sometimes beautiful art, and sometimes absolutely atrocious art, onto a box that’s just gonna get thrown in the garbage?”

Adam’s love for pizza has found its expression at Margot’s, which is so popular that all the seats sell out in a matter of seconds when tickets go on sale. The pizza is a little difficult to pin down, but it’s all Adam. “It’s basically an amalgam of many different styles throughout the country that I fell in love with,” Adam said. “My first love was basically the Midwestern thin crust pies. It’s got that thinness. I love New York pizza. I love how it’s crisp and you can fold it still. When I went about making my crust, I made sure that it was crisp but you could fold it.” How do people get tickets for Margot’s? Go to the website linked above and follow the instructions. The next one is on September 10th at Emily in Clinton Hill, Brooklyn, and tickets will go on sale September 3rd at exactly 10 p.m. Pro tip: You have to be on the Margot’s Pizza mailing list to receive the link to buy tickets.

I promise that this special three-part Special Sauce series on pizza will have you craving your favorite slice, no matter where you live. That is, of course, if you love pizza. And who doesn’t love pizza?